Why you should hold your business for the long-term: lucrative strategy of capital compounding

It’s a question I ask many of the founders we work with at SBO. To help me understand their financial goals and the business they are building.

The most common answer to that question is to sell it.

You work your butt off for many years, grinding it out, and then reach a stage where you cash out on all the effort you put in. You finally get your big payday. After paying lawyers, accountants, corporate advisors, and the tax office, you engage a wealth manager to invest remaining proceeds in real estate, the sharemarket, perhaps some bonds. The idea is that you’re set up to be financially independent and perhaps have an early retirement.

The second reason is personal accomplishment. Selling a business is a personal and professional milestone – rightly so. It’s incredibly satisfying to start, build and exit something toiled with blood, sweat, and tears. In fact, it’s so satisfying, most entrepreneurs get bored and do it all over again. They invest a substantial portion of the sale proceeds to fund the next venture and dedicate the next 5 years to building the next thing.

Serial entrepreneurs earn that title for a reason – once they sell a business, they need to do it again, and again, and again…but only bigger, bolder, and often riskier.  It’s an itch that’s hard to truly satisfy.

These are both completely common and rational reasons for selling your business.

But the question I pose to you is this – why sell at all?

If you own a stable, growing, and free cash flow generating business, then why sell it if instead, you could hold it for 20, 50, or even 100 years?

We all know of the entrepreneurs that garner media attention from starting and flipping businesses repeatedly. They’re called serial entrepreneurs for a reason.

But why don’t we hear more founders build and hold businesses for the long term?

Financially speaking, my assertion is that many entrepreneurs are better off not selling.

Holding a business over a long period of time and growing that value instead of “flipping” it repeatedly, is a far better approach to value and wealth creation.

In a study by Yale School of Management, the authors argue why entrepreneurs should embrace holding businesses for the long-term.

It’s got everything to do with capital compounding.

If you want to generate wealth, compounding capital is the sure-fire way to do it. Capital compounding is the process of generating interest on the original principal you invested. In other words, you make money on the money your initial money makes.

Let’s assume you invest $100 into an investment that consistently generates 15% returns per annum. Importantly, you don’t touch this money and continue to compound it over a 20 year period.

The first year only generates a measly $15 return, but as that return is reinvested the initial $100 becomes a whopping $1,636 over 20 years. Interestingly, only 25% of the total value that’s created occurs within the first 10 years, with 75% of the value created in the last 10 years. The magic with compounding is that all the gains are made at the end. Financial compounding is a game of patience measured in decades, not months or years.

The same principle applies to your business.

Re-deploying capital in your business

A long-term capital compounding strategy is also about the effective redeployment of capital in your business. In other words, you keep the money working, instead of withdrawing it.

Let’s take the example of an entrepreneur who owns and operates a business doing $500k per annum of EBITDA. On an annual basis, the entrepreneur can pay a dividend to herself (in addition to her market salary) of this $500k to buy a Tesla, Yacht or live a pretty lavish lifestyle, or leave the $500k in the business and compound it at 15% per year.

Calculating the future value of a fixed return of 15% in the business over a 20 year period reveals that, by not withdrawing the $500k per year, the entrepreneur will forgo $51.2M* in favour of $10M.

And yes, 15% returns are not always guaranteed or consistent throughout a business’s lifetime, but it can be with a prudent capital allocation strategy – such as acquisitions, growth CAPEX and investing into infrastructure to facilitate future growth. Simply put, if the cash is withdrawn and consumed it’s no longer available to generate returns.

Ok, so that’s the opportunity cost on dividends alone. What about selling a business?

The impact of transaction fees and taxes on returns

Don’t get me wrong, it’s glamorous and satisfying to start, scale and sell a business – but what often isn’t discussed are the costs associated with selling, and their impact on financial returns.

These hidden costs are:

When you sell a business, chances are you will pay some form of capital gains tax – a tax that is separate to the income tax you’ve already paid on your business profits. Capital gains taxes vary by country. For example, the long-term capital gains tax rate in the USA is up to 20%. In Australia, it ranges between 12% and 30%.

Whatever the rate, you pay a tax on the gains you make in selling a business – and the impact to financial returns is not immaterial.

Selling a business is often a long, messy, and arduous process. It’s typical to engage a corporate advisor or investment banker to outsource this task. An investment banker is akin to a real estate agent for businesses. Their job is to sell your company to a qualified buyer at an attractive price. The typical arrangement for an investment banker is a monthly retainer, as well as a success fee which ranges between 5% and 10% of the sale price. Not only do you have to pay them, but you also need to pay accountants and lawyers. Most budget around 2%-5% of the transaction value for these additional expenses.

Paying lawyers, accountants and bankers is crucial. It’s important to surround yourself with experts and the right advice — but from a financial perspective, these exit fees that are incurred are gone forever and are no longer working for you, the entrepreneur’s benefit.

If an entrepreneur pays these transaction fees every few years for a sale event, the nominal amount and the opportunity cost through compounding can be significant.

Once you sell a business, what do you do with your cash? Well, it’ll probably sit in your bank account for a while, doing nothing. I mean it would look nice to see millions of dollars of cash sitting in your account. But having 100% of your net worth in cash isn’t smart investing.

You need to put that money to work. Most engage a wealth manager to get investment advice – to invest the money into some bonds, perhaps an index fund like the S&P 500 – which is essentially a basket of businesses that generates 7% – 8% per annum return, instead of the business you already had that was comfortably generating 15%!

Idle cash and capital deployment risk aren’t the only opportunity costs. Many founders underestimate the time costs required to sell a business. Founders that have raised capital know how time-intensive and exhausting the process can be. Selling a business is a different ball game altogether. You spend months of your time negotiating with potential buyers, and being in endless rounds of meetings with accountants and lawyers — all of that valuable time that could be otherwise spent on running and growing your business.

Get my point? There’s an opportunity cost to selling your business as well. Difficult to quantify, yet a real cost nonetheless.

Harry the HODLR vs Chad the Flipper

To demonstrate the impact of taxes and transaction fees on long-term returns, let’s crunch some numbers in a fictitious case study.

Meet 2 entrepreneurs – Harry the HODLR and Chad The Flipper. Harry and Chad both operate identical businesses – a bootstrapped SaaS company that is growing a modest 15% of equity value on an annual basis.

The difference between them is their capital strategy.

Harry the HODLR holds the business for 20 years and enjoys continuous equity compounding effects without any capital gains taxes or transaction fees.. At the end of 20 years, Harry eventually sells his business and pays capital gains tax of 20%.

Chad operates the same business which compounds at 15% per annum – but the difference is he’s a serial entrepreneur – meaning he’s incapable of a long term hold. Instead, Chad sells the business every 5 years and reinvests the proceeds into a new venture doing the same 15% return. Therefore, at the end of every 5 years, Chad exits a business, pays 5% of the proceeds to investment bankers, accountants and lawyers, 20% of the net gain in taxes, and then reinvests the balance into a new venture and generates the same 15% return. The cycle continues over the 20 year period.

Let’s look at the financial impact of Harry vs Chad.

Over a 20 year period, Harry’s strategy of holding his business for the entire time has resulted in him creating $12.6M of wealth. Compare this to Chad who flips his business every 5 years, attracting transaction fees and taxes who only generates $8.9M of value at the end of 20 years. In the end, Harry accumulated close to 1.5x more wealth than Chad. Which entrepreneur would you rather be?

Want a copy of all the numbers and calculations? hit this link for a copy of the spreadsheet

In summary, owning a large share of a growing, free cash flow producing business is a rare opportunity. Perhaps you may be the founder or owner of one right now. If you find yourself in this position, consider holding it for the long term. Build the organisation to a scale where you employ management to operate it without your direct, day-to-day involvement.

Elevate yourself to shareholder and investor, less of an operator.

The hard part with compounding over a long period of time is that it requires patience, perseverance, and persistence measured in decades, not years. Initially, the returns are negligible, and it’s only after decades where that impact of compounding translates into material wealth. Wealth creation is a result of long periods of compounding at reasonable and consistent rates of return.

That being said, the path can be lonely. If you have a growing, stable and free cash flow producing business and you’re seeking a full or partial exit – send me a message. I’d be delighted to explore how we can compound capital together. 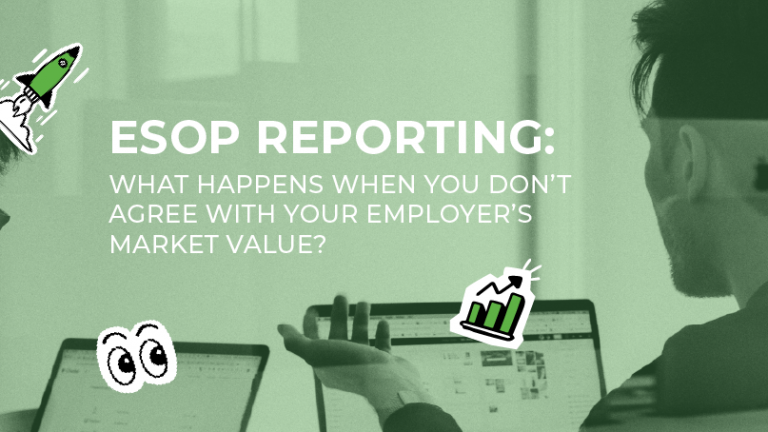 Get the lowdown on ESOP reporting and company shares at… 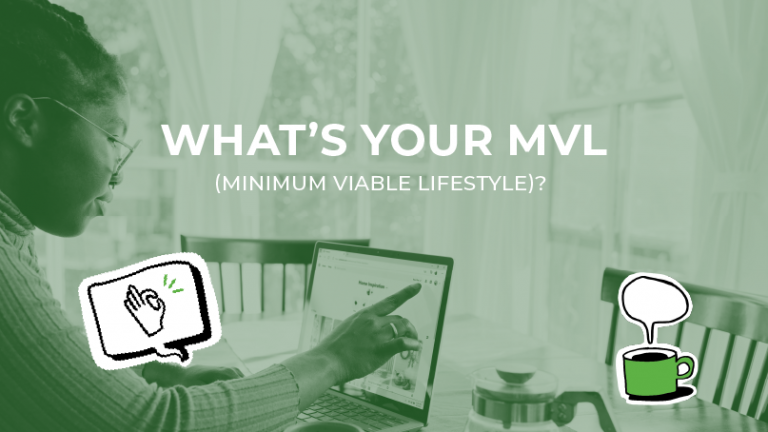 MVL, or Minimum Viable Lifestyle, is a term I first… 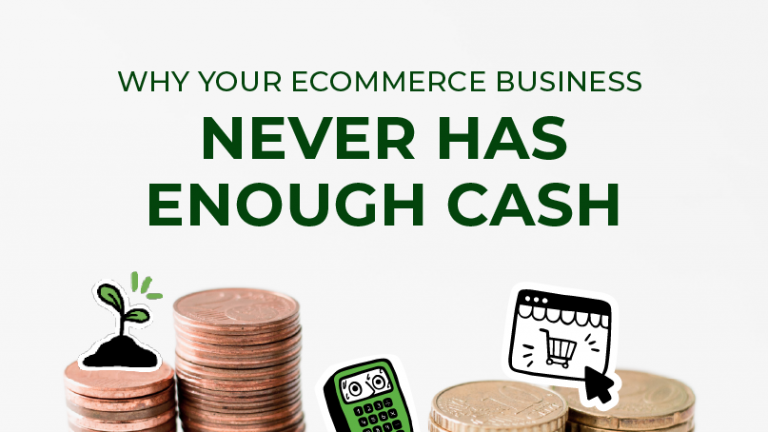 When assessing the financial performance of an online business, most… 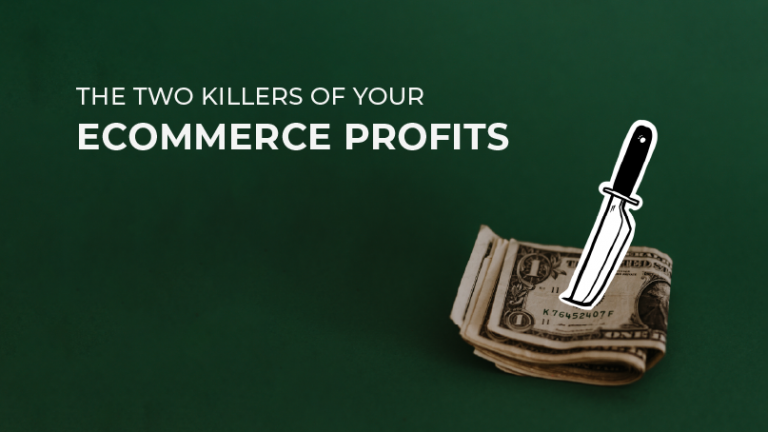 While it might seem easy to leave these off your…